The Special Collection, Microfilm Laboratory at Samford University conforms to ANSI, American National Standards Institute, and encompasses the full range of procedures in the production of microfilm, from the preparation of documents to the film you view in the library. All types of records filmed at Samford are related to Alabama history, Baptist history, and Howard College/Samford University history. A few examples are church records, current and old newspapers, manuscripts, books, and theses.

The lab produces an average of about 10,065 exposures on film each month. This translates into about 18,725 pages of material filmed. After a project is filmed and the film has been developed, each reel of film is inspected frame-by-frame to assure quality. A service copy is made of the film for use by researchers.

The film produced in Samford's lab is included in the collections of libraries across the Southeast and is used by researchers across the country. For current charges and rates, visit Policies Microfilm Laboratory Services.

Why is microfilm important and what are its advantages?

Microfilm is considered the preservation standard in archives. Film can last up to 500 years with fewer migrations than a digital image will require. Fewer migrations can save time and money over a long period of years. A reel filmed 40 years ago can still be used to produce duplicate copies of materials just as easily as it did when it was first produced.

Microfilm is an established and stable technology. Unlike digital technology, which changes so rapidly, microfilm remains basically the same. Because microfilm does not require a special machine to view information, the images preserved on microfilm are secure and will not be lost to obsolete technology. With the aid of a simple magnifying glass or a loop, information recorded on film can be retrieved. 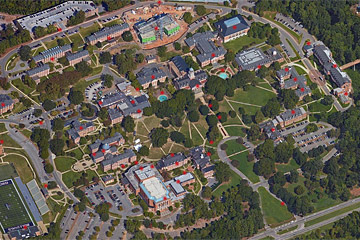 Software Plugins for this Page