How to Find Primary Sources

What is a Primary Source?

A Primary Source is an original source created at a specific time of interest, it is original research, opinion, or documentation.

What is a Secondary Source?

A Secondary Source is interpretation, discussion, or opinion about an original source or event.

What type of source should I use?

Context is important. The type of source you need depends on your topic of research. How you approach your topic can also affect whether a source is primary or secondary. If in doubt, discuss your topic with your instructor.

Primary and Secondary Sources Work Together 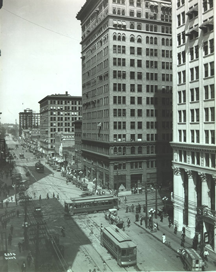 Martin Luther King Jr.'s speech, "I Have a Dream."

You will need Microsoft Excel® or compatible software like Open Office to read XLS, XLT, XLSX or XLTX files.

You will need Microsoft Word® or compatible software like Open Office to read DOC, DOT, DOCX or DOTX files.

You will need Adobe Acrobat Reader® or compatible software like SumatraPDF to read PDF files.